The ancient Maya world existed in what is now the Mexican states of Quintana Roo, Yucatán, Campeche, Chiapas and Tabasco as well as a handful of Central American countries.  The modern-day Maya still live in this same area, for the most part, and small Maya migrant populations exist in the larger cities in Mexico and the United States.  Although the Maya people have not practiced their traditional religion in hundreds of years, many Maya myths and legends dating back untold years still endure into the 21st Century.  Here are three.

This is the legend of a beautiful princess who had hair like the wings of swallows.  That is why she was called Cuzán, which is the Mayan name for that bird. Stories of the beauty of Cuzán were told throughout the kingdom, beyond the walls of the sacred city of Yaxchilán. Cuzán was the favorite daughter of the king of Yaxchilán, Ahnú Dtundtunxcaán, whose name meant. “The Great Lord Who Plunges into the Sky.”  The princess was cheerful and happy, and her face shone like the sun when her father laid at her feet the most beautiful of his war treasures.

When Cuzán was old enough to marry, her father arranged the union with the son of the powerful king of the wealthy city of Nan Chan; Prince Ek Chapat, the future Lord of the Realm. Cuzán gladly accepted her father’s choice.

One day, returning from the war, the king sent crates of war treasure to Princess Cuzán. When the princess went to the hall of the Great Palace of Yaxchilán to thank her father for her rich present, she found him accompanied by a beautiful young man named Chalpol, whose name meant, “Red Head,” because his hair was a fiery orange color.  It was love at first sight and Chalpol and the princess went off together to be alone under the sacred ceiba tree, where the gods listen to the prayers of mortals.

Everyone in the city knew that Cuzán was betrothed to Prince Ek Chapat of the Kingdom of Nan Chan, so when the king learned that Chalpol was his daughter’s secret love, he ordered that he be sacrificed. Princess Cuzán begged him to spare his life, but all was in vain.

On the appointed day Chalpol was painted blue for the sacrificial ceremony. The aroma of copal that was burned to expel the spirits reached the atrium of the temple.

With eyes full of tears, Cuzán once again asked her father not to sacrifice him, promising that she would never see him again and that she would obediently accept being the wife of the Prince of Nan Chan.

After consulting with the priests, the king spared his life, on the sole condition that his daughter lock herself in her rooms forever. If she got out, Chalpol would be sacrificed. In the solitude of her bedroom, the princess contemplated her fate.

In the silence of the night, Princess Cuzán was called to appear before her father, the king of Yaxchilán. When she reached the temple courts, she trembled at the thought that her beloved red-haired paramour had been sacrificed.  She asked her father what happened to Chalpol and he just smiled.  A temple priest approached the princess offering her a beetle and said: “Cuzán, here you have your beloved Chalpol. Your father gave him life, but he asked me to turn him into an insect for having had the audacity to love you.”

Princess Cuzán took it and said: “I swore never to separate from you, and I will keep my oath.”

The best jeweler in the kingdom covered the insect with precious stones and attached one of its legs to a gold chain.

The princess pinned him to her chest and told him: “You are a man and I have sworn to the gods never to forget you.  Listen to the beating of my heart, in it you will live forever.”

Princess Cuzan got on with her life and married the foreign prince as was expected of her.  She never stopped being close to Chalpol, and their love transcended the laws of time and lasted for eternity.

Where the city of Izamal stands today, a group of pilgrims known as the Itzáes arrived many years ago from a mysterious land in the eastern ocean. They had sailed and walked a long way to get there, but they had peace in their hearts, because they were guided by a kind and wise priest known as Zamná. 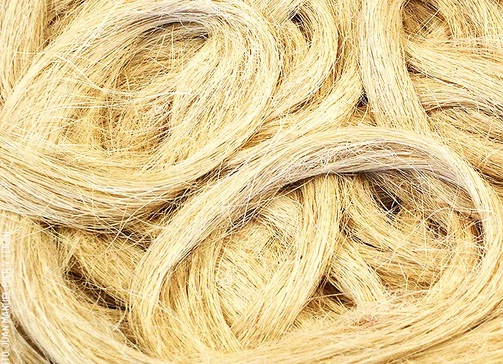 One day in the midst of their journey, the women and children were exhausted, so Zamná ordered a break and sat down on a stone. He then remembered the night full of stars when the queen of their country in the eastern ocean approached him in silence and spoke to him with prophetic words.

“Zamná,” she told him, “You are the wisest and kindest priest of my kingdom, that is why I have chosen you.  You must know that my astronomers have read in the sky that our land will disappear in the next moon. I want you to choose a group of families from my kingdom, and three of the wisest scribes to keep the writings that tell the history of our people and write what will happen in the future.”

“You will arrive at a place that I will point out to you, and you will build a city there. Under its main temple you will keep the past writings and those that will be written in the future, to preserve the history of our country.”

“In nine canoes you will go out with the chosen ones towards the west. After nine days, you will find a land without rivers or mountains, and you will enter them. When you find water, you will build the city that I have commanded you.”

On the second day of sailing, the sea became rough with waves so high that they sank two of their canoes. The land they left was covered with a very dark sky crossed by lightning and sparks. Zamná thought that it was the end of his country, just as the Queen had predicted.

Zamná came to a land without rivers or mountains. It was located in the place indicated by the Queen, but he could not find the water that he now needed. In the place there was only an abundance of a plant with hard leaves like spears and sharp thorns.

Suddenly the clouds darkened, and an endless rain fell that was celebrated by the pilgrims who danced happily for the water that the sky gave them. Zamná went out to find a place to store the falling water, but he ran into one of those plants and a thorn stuck in his thigh with a painful stab.  Zamná’s leg began to bleed. To punish the plant, the group of pilgrims cut off its leaves and whipped them against the boulders that were plentiful in this land.  Zamná realized that very resistant fibers came out of the whipped leaves that would be of great use to his people. He knew that his wound was a sign for him to know that wonderful plant. He ordered the punishment to stop and thanked the gods for this discovery.

The rain did not stop, and the falling water gathered into streams that became small rivers. Zamná followed the course of the water, until his group reached the place prophesied by the queen.  There Zamná, the wise and kind priest, uniting the rain, the power of the sky, and discoverer of henequen, founded the great city of Izamal on a date that is lost in the mists of time.

Many years ago in the land of the Maya, the Dziú bird had multi-colored feathers, and its brown eyes complimented its plumage. In the spring, they built their nests, hatched their young, and reared them, as is the custom among all birds.

So it was, until one day, Yuum Chaac, the god of waters, who is also the god of agriculture, observed that the fruitful soil was losing its fertility.  Yuum Chaac, after meditating, summoned all the birds, and explained to them that, as a last resort, they only had to burn the corn fields, so that the ashes would fertilize the land. The first spark would be provided by Kak, the god of fire, but before they started burning anything, they had to collect the different kinds of seeds for planting in the coming year.

The next morning, Dziú arrived very early at the appointed place, eager to gather seeds. He worked very diligently, gathered more seeds than any other bird, and then, with Yuum Chaac’s permission, he retired to rest under the shade of a tree and Kak carried on with lighting the fires. As soon as the other birds noticed Dziú’s absence, they began to lose their enthusiasm for gathering more seeds.  Then, Yuum Chaac, realizing that the fire was advancing rapidly towards the corn field, and that the workers had not been able to reach it, called for help. 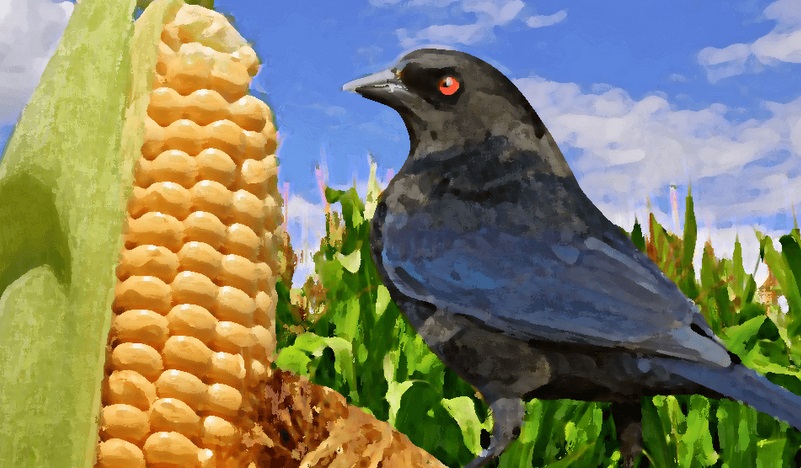 Dziú managed to hear the last of his three calls and rushed out of the place where he was resting. He had before him a terrifying picture. His choice was clear. He flew to the top of a tree, from above he studied the situation, and closing his eyes, he threw himself into the fire that consumed everything.

Once enough seeds had been gathered to replace the destroyed cornfields, he fell to the ground exhausted, his eyes swollen, his feathers completely burned, and his body covered in blisters. Immediately, the birds rushed to him to lavish their care on him.

The corn seed had been saved, and as a gesture of gratitude the birds of the land of the Maya, offered to hatch and raise all the descendants of Dziú, which is now known as the cuckoo.  And so that the birds would not forget their promise, Yuum Chaac decreed that Dziú’s eyes should always remain red, and that the ends of his wings should have the color of ashes. The birds never forgot what happened on that fateful day.

The Maya people have rich traditions of folklore, myths and legends. As many millions of Maya thrive in modern times, there is no danger of any of these beautiful stories ever dying out, and they are sure to exist throughout the 21st Century and beyond.